Easier, Faster and with Less Waste: Complex Molecules on Tap

When I first had the opportunity to visit a rather small and shabby chemical plant, I was bewildered by the sheer magnitude of a standard batch reactor. Having only worked with flasks that range from 5 milliliters to 5 liters, the 12000-liter reactors looked both amazing and scary. Then I heard a few stories about failed syntheses and how much of an issue it was when instead of obtaining a ton or two of product the workers had to get rid of multiple tons of hazardous waste. When asked about the cleanup and maintenance of such large vessels and how much of valuable time does that consume, the workers just gave me a tiresome look and a simple answer – “a lot”. Though it happened a while before I even heard of COSMIC, it was at that time I realized the potential of continuous flow approach in organic synthesis. 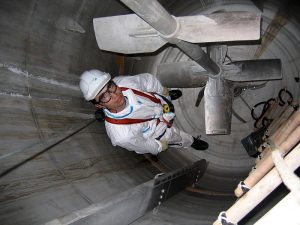 Using flow conditions, the reactor volume and size can be reduced by orders of magnitude while maintaining the same output. This is accomplished via increased concentrations, more precise control of reaction conditions and virtually no downtime. Furthermore, many reactions can be run in sequence – a feat that is far more difficult to achieve under batch conditions. But simple transfer of existing syntheses to flow systems is a part of the solution and novel approach to synthesis itself is required to reap the full benefits.

Currently, one of the most sought after synthetic methods for the preparation of fine chemicals is C-H activation. Nearly every organic compound has C-H bonds and in many of them these bonds are dominant. Furthermore, inexpensive petroleum-derived or plant-derived small molecules barely have any other atoms (called heteroatoms) present in their structure. Complex, high value chemicals, on the other hand, either have many heteroatoms or are synthesized via intermediates that do. This is a major problem since C-H bonds are fairly stable and usually start reacting only in harsh conditions (high temperature, high pressure, extremely reactive reagents) which are both dangerous and often energy-inefficient. Also, the harsh conditions mean that only simple functionalized molecules can be constructed and access to complex compounds is gained only after many synthetic steps. 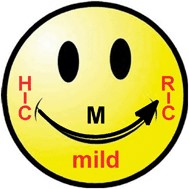 By using transition metals (iron, nickel, copper, palladium, etc. ­– the same ones that are used for pipes, coins and jewelry) in organometallic complex or nanoparticle form, it becomes possible to perform reactions directly at the C-H bond under mild conditions. This way highly functionalized compounds become reachable in fewer steps, using less expensive and more abundant feedstock while requiring less man-power, energy and time to do so. More importantly, this approach can be combined with continuous flow techniques thus further augmenting the possible improvements over the currently used industrial methods.

Currently I’m taking the first steps to make this possible. Just a small scale reaction in a small flask with a potential of becoming a full-blown industrial method. To our knowledge, only a few examples of C-H activation in flow exist and they are nowhere close to being implemented in the industry. This means that together with colleagues in the COSMIC project we are working at the frontiers of modern science. Hopefully in the next decade citizens of the European Union will be able to buy products that were manufactured using the efficient and environmentally friendly processes established in our labs.

2017-11-06
esr
Previous: A Chemical Crossword
Next: The Adventure Behind a Secondment!