Skating on the thin ice of PhD life

PhD students begin their career as just that – students, though more experienced and battle-hardened than their counterparts at the undergraduate level. However, a fully mature and independent researchers are expected to emerge at the other end of this journey and pave their own way into the intricate world of academia or industry. Naturally, the pressures of consistent expansion of professional skillset, constant display of top-notch performance under extensive (even if self-imposed) workload, and perceived inferiority in comparison to peers take a toll on the mental state of the person.

Surging interest in mental health of PhD students most often highlights anxiety and depression as the most common mental health issues plaguing the group, with either disorder being around 6 times more prevalent than in the general (U.S.) population.[1] Being female and/or a foreign student augments the risk even further, whereas one can protect himself with a robust social network and attention to proper work-life balance.[2] While these disorders appear intuitively related to the specific professional and life-style pressures of a PhD student’s life, combination of stress, sleep deprivation and lack of social contact might push a person over the edge.[3]

During the entire lifetime one out of 10 people experiences at least a single psychotic episode, manifesting itself as mild to severe temporary delusions, paranoia, visual/auditory hallucinations, anxiety, etc. Furthermore, the early twenties are considered to be the median age of onset for the most of serious psychiatric disorders.[4] Combined with the fact that even a brief appearance of mild symptoms is among the best predictors for conversion into a full blown illness down the road, PhD students should keep a close eye on their mental states and act rapidly if it goes awry. However, several first-hand accounts by affected students highlight the extremely deceptive nature of psychosis.[5] Minor symptoms are often brushed aside and can elicit shame in the subject, whereas pronounces symptoms make self-diagnosis impossible and leaving care and attention by the peers (or relevant authorities and institutions in a worst case scenario) as the only reasonably effective option. However, onset of externally obvious symptoms already paints a grim picture regarding the possibility of a full recovery, making early recognition and action is paramount.

Maybe the old mantra of balancing work with leisure and augmenting life with ample social interactions is not only about happiness, but about sanity altogether. And that weekend experiment instead of spending time with friends or family? It might just not be worth the unanticipated price.

Don’t be surprised when a crack in the ice

Appears under your feet.

With your fear flowing out behind you

As you claw the thin ice.

2019-08-28
esr
Previous: Writing a PhD Thesis: A Marathon
Next: New book on the fundamentals of Process Intensification (PI) 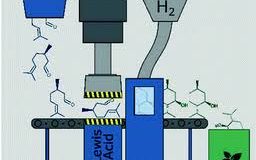 Writing a PhD Thesis: A Marathon 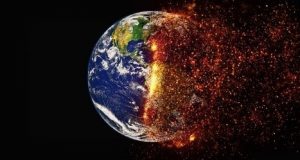