Highly reproducible, high-yield flow synthesis of gold nanoparticles based on a rational reactor design exploiting the reduction of passivated Au(III)

The artwork of this publication also made the back cover of the journal. 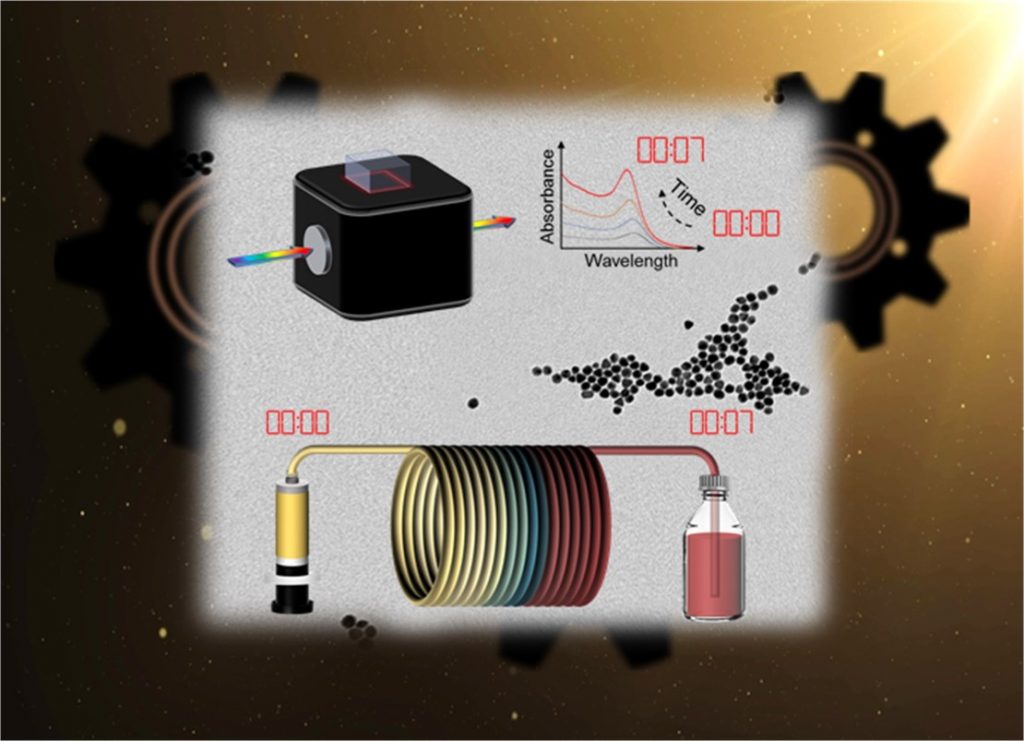 Reproducibility in the synthesis of nanomaterials is a crucial aspect for their real-life applications. It is particularly pertinent in the context of gold nanoparticles, where a plethora of seeded-growth methods are being developed to control particle morphology and size. The translation of such methods to manufacturing can be hindered by poor reproducibility of the seed production step. This study focuses on the development of a highly reproducible platform for the synthesis of gold nanoparticles, as potential substrates for glucose sensing. A flow reactor was designed, starting from a detailed study of the synthesis in batch. The well-established Turkevich synthesis was investigated via in situ time-resolved UV-vis spectroscopy. In order to enhance the reproducibility of the synthesis the effect of passivating the gold precursor stock before its use in the synthesis was investigated. It is shown that starting from a pre-passivated precursor provided improved control over the initial reaction stage, at the expense of a small increase in the reaction time. At the optimal reaction conditions, the proposed modified Turkevich method allowed for the synthesis in batch of ∼12 nm monodisperse (RSD ∼10%) particles, with a variability from batch to batch of only ∼5%. The information gathered from the batch study, in particular the reaction time, was used to translate the synthesis from batch to flow. The system utilized for the flow synthesis consisted of a segmented flow reactor, where an organic stream was employed to segment the reactive aqueous stream to avoid reactor fouling and improve monodispersity. The use of segmented flow enables treating each droplet as a “travelling batch”, hence allowing the direct use of the kinetic data obtained in batch to design the flow reactor, leading to the rapid identification of the minimum residence time to allow for reaction completion. The flow reactor enabled the synthesis of ∼11 nm monodisperse (RSD ∼10%) particles, with full precursor conversion and reproducibility between reactor runs higher than that obtained in batch (variability of ∼2%). The flow-produced gold nanoparticles were tested for glucose sensing, exploiting their glucose oxidase-mimicking behaviour and demonstrated satisfactory glucose detection in the range of 1–10 mM. 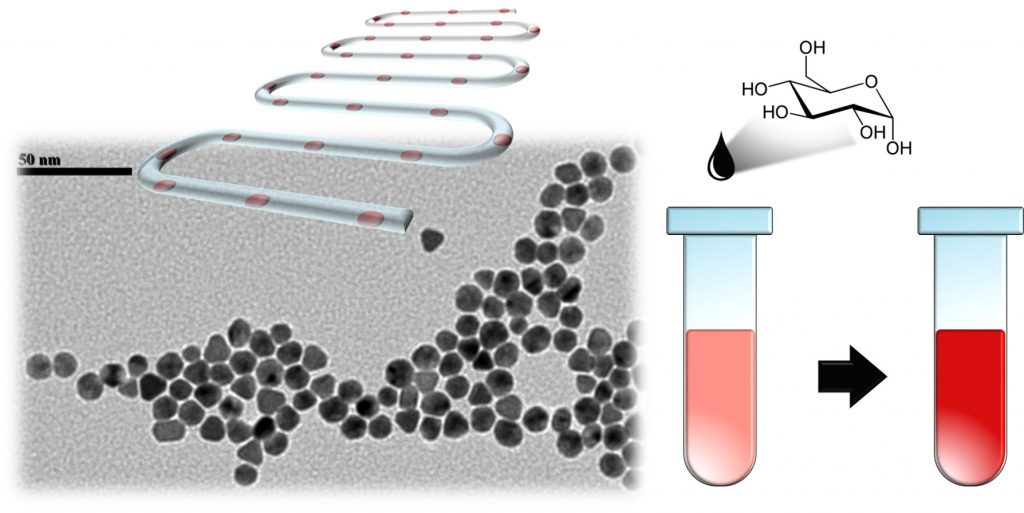 2020-04-16
rabab
Previous: COSMIC achievements highlighted as artwork on the cover of CHEMISTRY OF MATERIALS
Next: Using ultrasound for polymorph control & boosting yields in flow crystallisation